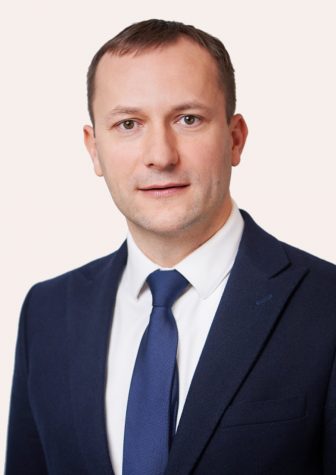 Head of KONDRAT & Partners since 2006. Mariusz completed his studies at the Faculty of Law at The John Paul II Catholic University of Lublin and The Jagiellonian University in Cracow. He also studied at the Universities of: Amsterdam, Oxford and Leuven.

For eight years he worked at the legal department at the Office of the Committee for European Integration (UKIE) and for two years he was a lecturer in European Community law at the Cardinal Stefan Wyszyński University in Warsaw.

For twenty years Mariusz has been involved in matters connected with: IP law, new technologies, copyrights, life science, combating unfair competition and litigation. He deals with multithreaded and sophisticated proceedings before the Polish Patent Office, WIPO, EUIPO and EPO.

He acts as an expert during the conferences organised by the Polish Patent Office in co-operation with WIPO, EPO and EUIPO.