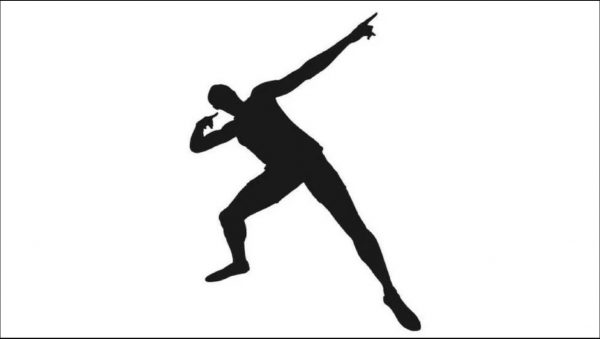 Working on the visual identity of a brand is one of the most important steps to ensure brand recognition; however, nowadays the audience is exposed to different types of visual elements that are not restricted to words, logos or typographies, elements that can be relatable signs between consumers, and may constitute a key to easily differentiate the products or services of a company from its competitors.

A good example is the new trademark application filled by Usain Bolt. The Sprint King has decided to monetize and add value to his well-known victory pose applying for the trademark registration of the sign defined as “the silhouette of a man in a distinctive pose, with one arm bent and pointing to the head, and the other arm raised and pointing upward”, to distinguish products of classes 9, 14, 18, 25 and 28 and services of classes 41 and 43.

The signature pose first appearance was in Beijing Olympics in 2008, and since then it has gained recognition among the public, especially after the eight gold medals won by the fastest man in history. This constant exposure has increased the brand value of the pose and applying for the trademark registration of the silhouette is a perfect legal strategy to protect its economic value and fight unauthorized uses.

The victory pose application give us the opportunity to highlight some useful insights. The trademark registration procedure allows any company or SMEs to constitute a renewable exclusive right, nevertheless identifying the signs that will be part of the visual identity of the brand and that would be used to distinguish the products or services offered in the market is an important part to decide how many trademarks a manufacturer or a seller must register to ensure their economic exploitation.

During this process, is important to recall that a trademark can consist exclusively of words or letter (word mark), graphic features or figurative elements (figurative mark), a combination of words, numbers and figures (figurative mark containing word elements), a three-dimensional shape (shape mark), a colour or a combination of colours, a sound, a packaging, or any sign capable of distinguishing goods or services of and specific source from those of another competitor, and that can be represented on the register in a manner which enables the competent authorities and the public to determine the clear and precise subject matter of the protection afforded to its proprietor. In that sense, not only traditional signs can be registered as trademarks, but also any non-traditional sign.

For example, in the case of the well-known brand Louboutin, the company has identified, between the many registered trademarks, the need to protect the word mark CHRISTIAN LOUBOUTIN and LOUBI, including individual registrations to protect the words CHRISTIAN LOUBOUTIN and LOUBOUTIN with an stylized font, and of course the position mark that claims the placement of a red lacquered outsole on footwear, which is the signature of the brand and the feature that makes the products easily distinguishable.

We can describe a similar situation related to the famous singer Pitbull, who, despite being the owner of the trademarks that includes his nicknames MR. 305 and PITBULL and the catchy phrase DALE, asked for the registration of a sound mark consisting of his yelling „EEEEEEEYOOOOOO” in falsetto with „E” drawn out followed by a „U” sound”, which is commonly known as “the yell” or “el grito”. In order to apply for the trademark registration, a part of a recording of a live Pitbull performance with Kesha at the 2013 AMAs, was given to the USPTO, who granted the registration in 2017.

All in all, the current legislation gives the legal tools to protect traditional and non-traditional trademarks, as long as the registration requirement are fully met, a situation that may be taken into account at the moment of identifying the valuable assets that a brand can provide and elaborating the legal strategy to gain exclusivity through the trademark registration procedure.